Odin is a popular member of the Canine Section of the Western Australia Police Force.

After a suspect broke free from custody, the Western Australia Police Force were delighted to see Odin spring into action and save the day.

As you can see below, the story was posted on the police force’s official Facebook Page. Odin received 1,500 Likes, 59 Shares and 160 positive comments from grateful local residents. 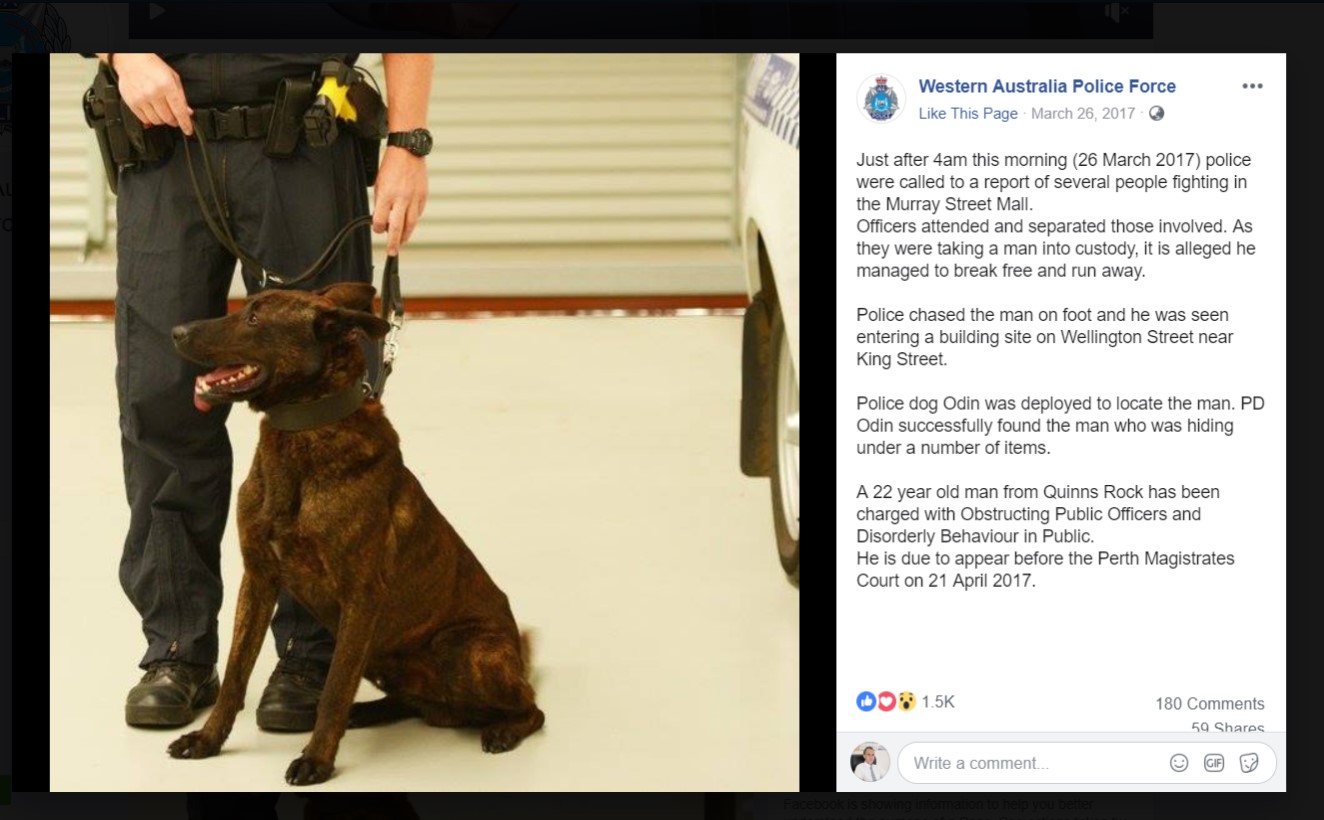 The Canine section also conducts joint training and operations with other government agencies such as the Australian Customs Service, Australian Federal Police, and Department of the Attorney General, Special Air Services and the Australian Defence Force. 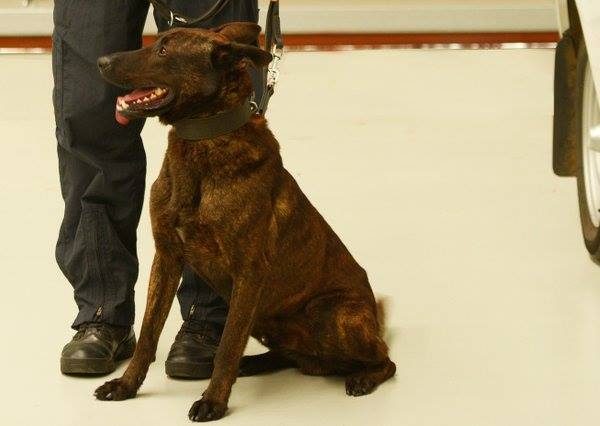